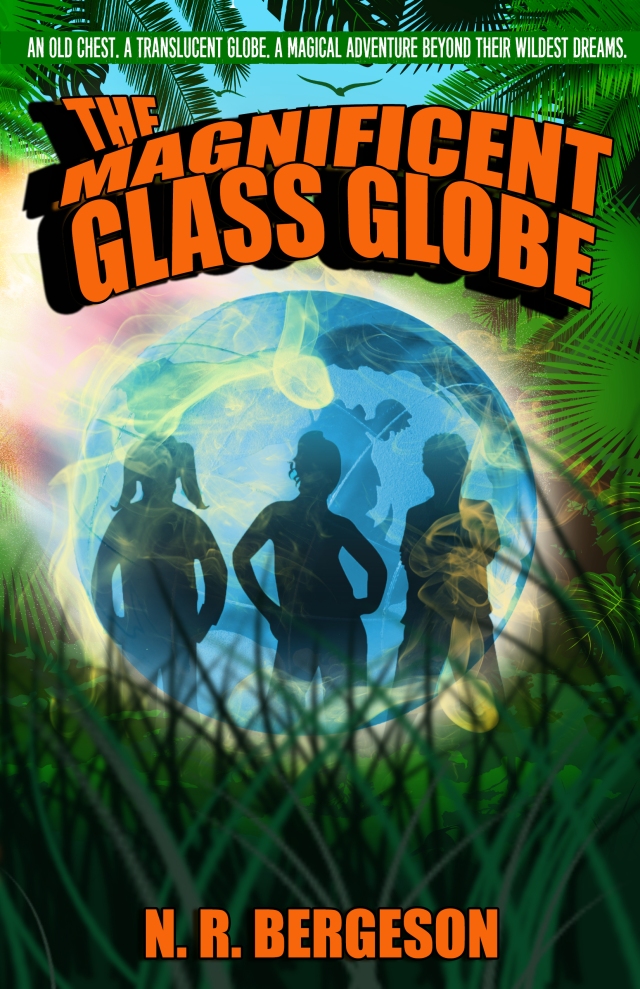 After stumbling across a mysterious globe in a museum warehouse, eleven-year-old Mary finds herself suddenly lost in the middle of the Amazon rainforest. It’s up to Mary, her little brother Ike, and her best friend Helen to use what knowledge they have to get home. The rainforest is a magical place, but it’s dangerous too. Not only are they fighting to survive, but they soon learn they’re not the only ones at risk.

THE MAGNIFICENT GLASS GLOBE is the first in the Glass Globe series, where Mary, Ike, and Helen use the globe to visit different parts of the world, are exposed to different cultures, become familiar with real global issues, and find themselves in the thick of intense adventure wherever they go.

Stay tuned for updates on the book, including release information, as it is made available.

N. R. Bergeson is a member of the Swanky Seventeens.